Browse
How it works
Get inspired
My KidStart
Join, it's free
Log in
0
Messages
0
Join, it's free
KidStart Magazine>Lifestyle>Reviews14 Children’s Books that Celebrate Gender Equality 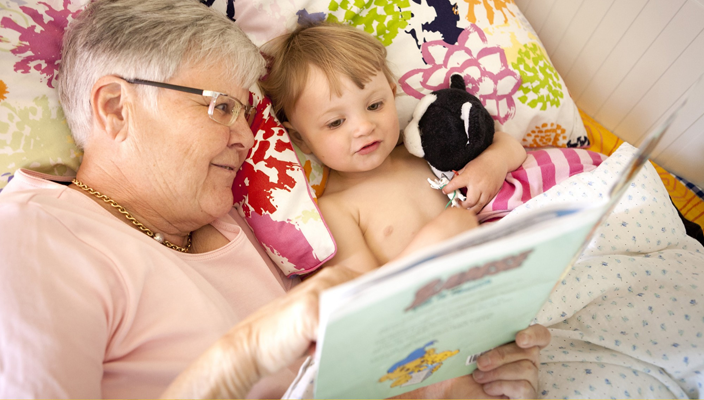 It’s International Women’s Day this Saturday March 8th, aimed at promoting equality and celebrating the achievements of women around the world.

It is a great opportunity to remind our children about how far we have come in terms of gender equality, as well as thinking about how far we still have to go. Here are some great children’s books that challenge traditional gender roles by featuring feisty heroines and kind heroes. 1.Princess Smartypants, Babette Cole Feisty Princess Smartypants likes being a Ms and scares off her suitors in this hilarious tale of female independence.  2. Pippi Longstocking, Astrid Lindgren Lindgren’s classic tale of the fabulous adventures of Pippi Longstocking who is a strong, independent Swedish girl. The stories are as fresh and exciting as when they were first published in the 1940s.  3. Dragonskin Slippers, Jessica Day George This enchanting tale features dragons, heroes and heroines with a twist and should appeal to older readers.  4. Toad Makes a Road, Phil Roxbee Cox  One for younger readers with simple phonic-based text.The toad in question is a tough lady who needs a road so makes it herself (and drives the bulldozer too.) 5. The Paper Bag Princess, Robert Munsch  This book first came out in 1980 and is an absolute children’s classic, turning the traditional prince-rescues-princess stereotype on its’ head. 6. You Forgot Your Skirt Amelia Bloomer, Shana Corey  The true story of women’s rights advocate Amelia Bloomer and the invention of trousers. The illustrations by Chesley Mclaren are fantastic. 7. Prince Cinders, Babette Cole Another classic traditional fairy tale, this time Cinderella, is turned upside in this hilarious story from Babette Cole. Younger readers will love hearing how Prince Cinders gets the better of his three mean, macho brothers. 8. Pirate Princess,  Sudipta Bardhan-Quallen  A great sea adventure that lends itself to being read aloud due to its rhythmical, rhyming feel. A must for girls and boys who like adventure stories.  9. Rattletrap Car, Phyllis Root Notable for the fact that the dad looks after the kids in this story of a family and their higgledy-piggledy car that the daughter fixes. 10. Winnie the Pooh,  AA Milne The classic story of gentle Christopher Robin and his woodland friends is a wonderful way to teach children about nature and caring relationships. 11. Bill’s New Frock, Anne Fine Bill Simpson wakes up to find that he is a girl in this tale from former Children’s Laureate, Anne Fine. 12. The Wrestling Princess and other Stories, Judy Corbalis This is an out of print book but you can still find copies here and there. A fabulous anthology of stories featuring witty, unconventional princesses, magic parrots and monsters. 13. Mister Seahorse, Eric Carle  For younger readers, Eric Carle’s Mister Seahorse is a luscious introduction to the world of nature and male nurturing as Mr Seahorse looks after the babies instead of the mother. 14. Free To Be, Marlo Thomas and Friends An absolute favourite in our house that has recently been re-packaged and updated for a modern audience. The book and accompanying CD of songs, with positive messages about gender, is as relevant now as when it was first published in 1972. A real treasure from the past; do try and find a copy! Featured Image by Sweden.se
To continue reading this article
Open a KidStart account
Get money back for your children from all your online shopping.
Save with over 2,300 retailers
Invite family to save too - grandparents love to help out!
Register
If you already have an account with KidStart, just log in.