Browse
How it works
Get inspired
My KidStart
Join, it's free
Log in
0
Messages
0
Join, it's free
KidStart Magazine>Family Life>ParentingBunny-Wunny’s Holiday : Have you ever lost your child’s favourite toy?

Bunny-Wunny’s Holiday : Have you ever lost your child’s favourite toy? 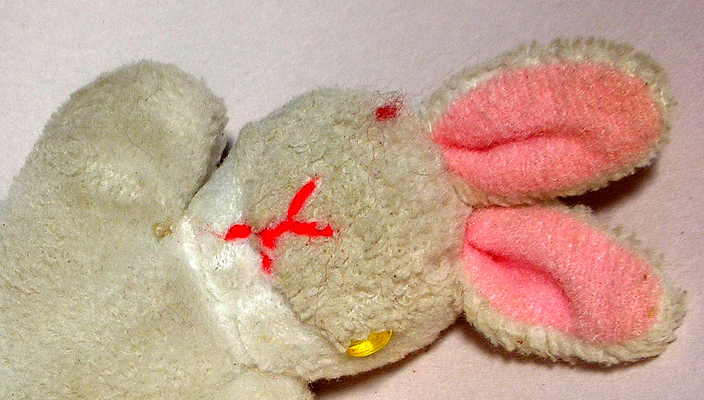 I remember it like it was yesterday. We had just flown back from somewhere and were at the baggage carousel waiting for our luggage.

More importantly, we were waiting for our two-year old’s stroller. My husband and I were shattered from chasing our youngest daughter around airports, disentangling her from other people’s luggage straps and convincing her that she really needed to let us know where she’d hidden mummy and daddy’s ‘picture books’ (passports).

I think I noticed first.

With a hideous lurching in my belly I realised BUNNY-WUNNY WAS MISSING! Our daughter’s best friend/thing/cuddly toy was not in the suitcase, not in my handbag, not in her hand, not anywhere. With horror, we worked out that, during the spectacular hissy fit our daughter had while we tried to disembark, Bunny-Wunny had fallen from her hand and been left on the plane. She hadn’t noticed yet, but I could feel the panic rise up in my chest… it was only a matter of time before she would. My husband went pale, like he’d just realised that he’d swallowed a slug. We went to the airline desk and a very nice lady took our and details. “We’ll see what we can do” she said calmly while noting Bunny-Wunny’s details: “Grey, kind of covered in dirt, not much stuffing left, smells a little bit of sick.”

It was all we could do.

As long as our daughter didn’t notice, we could get home, order another one and it would all be fine… surely… like goldfish being replaced by other goldfish. We ordered an identical bunny and it arrived the next day. Fresh and smelling of the warehouse it had come from, our daughter eyed it suspiciously.

We had to come clean.

My husband and I blurted out different stories at the same time in an effort to convince her that, wherever Bunny-Wunny was, she was ok. We were vague about the possibility of seeing the Real Bunny-Wunny again and pressed Box-Fresh Bunny into our daughter’s hands. But you know, you can’t make your kid fall in love with a toy. They choose, not us. It was awful. Days went by until eventually, the best day of my life occurred. The doorbell went and the postman handed my husband a box.  It couldn’t be… surely. We opened it and inside was… actual, real, true original Bunny-Wunny! Lovingly returned by the airline at no cost to us! Utter joy! Reunited, our daughter asked Bunny-Wunny if she’d had a nice holiday and they have been together ever since. If only life always had such happy endings. Header Image Credit : Lara604

What have you lost or left that your kids couldn’t do without?