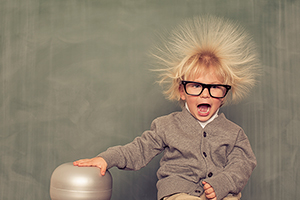 There seems to be a bit of a I-hate-children when I am out campaign going on at the moment. Now don’t get me wrong there are some places where I think small children shouldn’t be like in a cinema or restaurant at night and under my table when I am eating out. However, just this weekend I have seen people complain about small kids making a small amount of noise in a museum exhibition (really do you need silence to look at a picture?) and in a massively child friendly restaurant.

In the exhibition someone who obviously didn’t have kids said ‘Sshh. Be quiet’ to a 2 year old who wasn’t doing much besides babbling to her dad. What ensued was a LOUD conversation reminding said ‘be quiet man’ that he was in a public space, and not his house. At the restaurant (which is SO child friendly it has a separate menu for kids and balloons for kids) I watched an irritated couple roll their eyes, make annoyed noises and generally throw not very nice looks at everyone’s kids who were not running about or screaming or doing anything beyond being excited kids. I don’t know what people who don’t like kids think parents should do. Perhaps stick to McDonalds and the park? Maybe never let our kids speak/talk/express a view when they’re out in public? I know some kids do run riot when outside BUT there are also some people who just seem to bristle whenever they see a kid in their space. I have just been in France and Italy where people take a much more loving approach to children. Stopping to talk to them and embracing their presence as normal in places like restaurants and shops. It’s something the UK definitely needs to take on. But what do you think should children be seen and not heard in public or should people be more tolerant? Let us know.
To continue reading this article
Open a KidStart account
Get money back for your children from all your online shopping.
Save with over 2,300 retailers
Invite family to save too - grandparents love to help out!
Register
If you already have an account with KidStart, just log in.