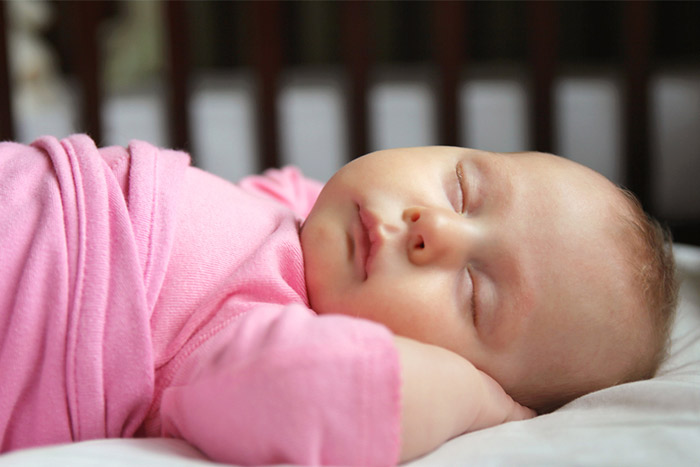 Thanks to the likes of Harper Beckham and Suri Cruise, designer baby gear is booming in the UK. But how far would you go to make sure your baby met fashionista standards?  Would you opt for Dolce and Gabbana branded nappies, as the Daily Mail asked yesterday? While the nappy in question was only part of an advertising shoot and the article somewhat tongue in cheek, D&G do currently sell a baby bottle and dummy for £62 not to mention D&G toddler clothes.

And they are not alone. Dior, Burberry, Barbour, Ralph Lauren and Stella McCartney to name but a few, all do baby and toddler gear too. And children’s lines are so popular that even more labels have baby lines in the works. Speaking as someone who has always shopped more high street (F&F, H&M and Gap) than luxe I am amazed how much motherhood has become so designer led since I had my first baby 6 years ago. Take the simple nappy bag. Back then nappy bags were not very chic and not something you’d want to show off to non baby friends. Lately however, friends have been sporting nappy bags so glossy that it’s almost worth getting pregnant for again. One mum I know has what looks like a Mulberry bag but is in fact a £250.00 Storksak Sofia (from John Lewis). As for the clothes, I now see babies wrapped in cashmere blankets (how do the mums wash them post reflux I wonder), and wearing mini UGGS and riding in prams that cost more than my car. And this isn’t just an elite group of celebrity mums but ordinary mothers who I suspect have thrown themselves into debt so that baby can look good. It’s one reason to watch out for Jools Oliver’s new Little Bird range for Mothercare. Having had a sneak preview I can tell you the clothes look high end, but it is priced brilliantly and your kids will look fab in it whether you’re into designer clothes or not. So how do you fare on the designer kids front? Are you label led? Let us know.
To continue reading this article
Open a KidStart account
Get money back for your children from all your online shopping.
Save with over 2,300 retailers
Invite family to save too - grandparents love to help out!
Register
If you already have an account with KidStart, just log in.