Browse
How it works
Get inspired
My KidStart
Join, it's free
Log in
0
Messages
0
Join, it's free
KidStart Magazine>Saving Tips>Household savingsGuest blog: Chilling out my power bill with a new Hotpoint Fridge

Guest blog: Chilling out my power bill with a new Hotpoint Fridge 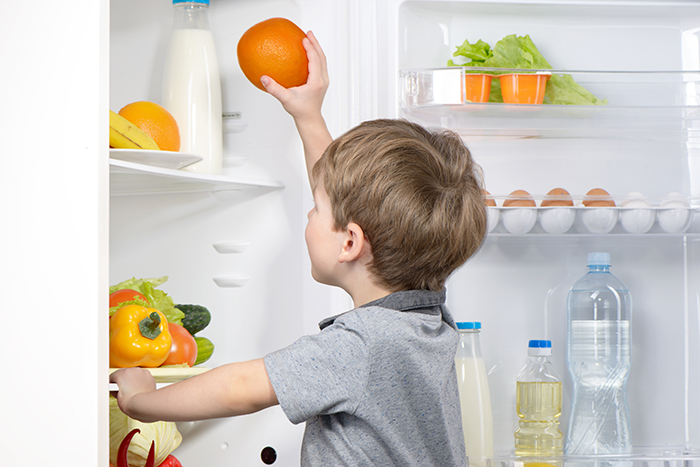 Do you ever just look at a bill and think “No. That’s not right at all”? When my quarterly power bill came through in May I nearly spat my cornflakes out. How much? It has been slowly sneaking up, but Wow. This one would feed and clothe the population of Scotland for a month, including deep fried Mars bars for pudding. As I mopped milk up off the lino, I prowled the house in my head looking for perfidious power pinchers. No video games – the boys are just a bit too young for that. We do watch the telly, but Strictly has only just started up again, so it can’t be that. Could someone have replaced the bulb in my bedside lamp with a nuclear reactor? Possible but unlikely. That leaves… Oh. The kitchen. My entire kitchen seems to be full of whirring, rumbling machines (steady…) that never sleep. It’s amazing how many fish finger sandwiches my two boys consume, and my poor washing machine hasn’t stopped this decade. Everything in there eats electricity like it’s going out of fashion, but I reckoned I knew the main culprit. That flipping fridge freezer! Not content sipping electricity gently like all the other appliances, it seems to always be whirring away, switching temperatures and making unseemly noises. It was probably sending half of NPowers children to college all on its own. Gavin reckoned it was just the seal on one edge stopping it from cooling properly. “Not a problem”, said he, with the confident tone of a man about to do manly things. “I’ll just whip the door off and fix it on the other side so it sticks better”. What? You can’t just move doors to the other side can you? Apparently you can – unlike car doors and cupboard doors and bedroom doors you can just peel back a little plastic cap, move some gubbins round and plonk the door on the other side. Counting I have been walking into that flipping fridge door for the past 6 years and he only decides to move it now I wasn’t amused, but that’s beside the point. Bottom line – a) you can move most fridge and freezer doors so they swing from the other side – who knew? and b) It didn’t work, so it’s time for a new fridge! We got a man in to confirm the fate of the old one (“Knackered. Really really knackered”) and had a feast of pizza, fish finger sandwiches, icecream and an Iceland prawn ring that had languished in the top of the freezer since Christmas. Yes, I am Kerry Katona. I knew this before, and I’m sure you do too – most kitchen appliances have a power rating, like naughty kids at school. 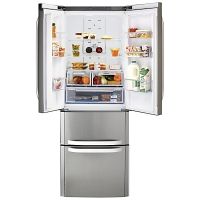 The best ones are A+, and their efficiency goes down through the grades to E. My little Creda box was so old it didn’t even have a rating, but I’m pretty sure it would have failed the exam completely. What I didn’t know was how much you save if you go for the top ratings. Pounds and Pounds, that’s how much! First you save because they use less power, and then you save because they manage things better when the going gets tough – on hot days, or when the freezer has one too many tubs of Haagen Daas in it. So let me introduce you to the latest member of my family… An A+ rated Hotpoint Fridge freezer from the John Lewis website. I looked around a bit around a bit, found the best model for me – can’t go wrong with Hotpoint – and then went for the best deal that I could get delivered quickly. John Lewis did Express delivery, set it up for me, and carted the old one off to the scrapheap in the sky. The best bit… Octobers bill came through and it was only mildly shocking – back to normal then! It probably had a couple of weeks of the old fridge on it as well, so next time should be even better. All the energy ratings adverts and and savings calculators say you can save lots by getting the most efficient freezers, but what I have found out is that if your current one is already old and clapped out the difference can be immense. And no, there are no prawn rings to be seen. Allysia
To continue reading this article
Open a KidStart account
Get money back for your children from all your online shopping.
Save with over 2,300 retailers
Invite family to save too - grandparents love to help out!
Register
If you already have an account with KidStart, just log in.

Switch and save on your life admin to save BIG