Browse
How it works
Get inspired
My KidStart
Join, it's free
Log in
0
Messages
0
Join, it's free
KidStart Magazine>Family Life>ParentingHow to Teach Your Child to Stop Hitting Others

How to Teach Your Child to Stop Hitting Others 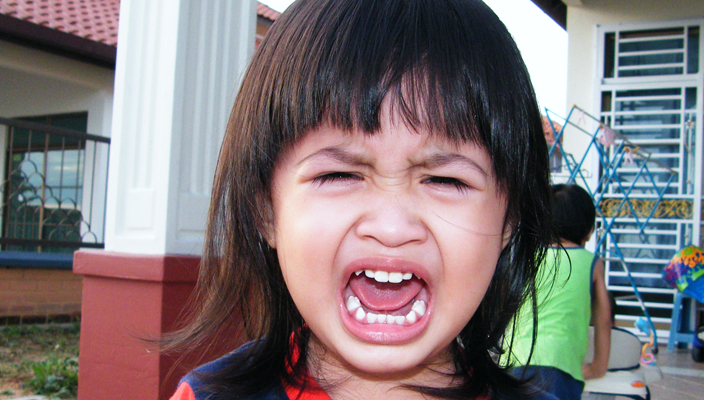 Aggressive behaviors like hitting, biting, scratching or shoving are often difficult for parents to deal with. It is very easy to overreact when your kid hits others, especially if they don’t stop.

These aggressive behaviors are both developmental and social in nature. Very young children, or those with communication delays, are more likely to hit because they lack the ability to better communicate what they need or want. As younger children become more verbal and learn other methods of communication, their aggressive behaviors should minimize or stop completely. This is totally normal. It’s also normal for a child to still be aggressive if they feel threatened. However, if a child seems to display a tendency toward aggressive behavior past the age of four, then interventions to correct their behavior may be necessary.

Understanding the Source of the Problem

Most children are not naturally inclined toward aggression. They learn aggressive behaviors from those around them, or they turn to aggressive behaviors because they are instinctive and they lack other tools. They may also be seeking attention, and they learn very quickly that negative behaviors bring immediate attention from parents, nannies, teachers and other caregivers. Observation is very important in these first stages. Watch your child closely to see if anything in particular prompts aggressive behavior. Common causes include stress, feeling threatened, lack of routine, exhaustion, over-stimulation and lack of adult attention. Often, simply removing the source of anxiety will curb aggressive behavior.

If observation doesn’t seem to point to a common cause of aggression, then it’s possible that the child has learned aggressive behavior from their environment, peers, or even, unfortunately, parents. Often, parents inadvertently teach a child aggression through interactions they believe to be proper discipline. In these cases, steps must be taken to correct the relationships teaching aggression and also correct the behavior. This is where things can get tough. An all-too-common response to physical aggression is yet more physical aggression. Parents instinctively feel the need to control their child by grabbing them or restraining them, and sometimes that leads to anger or embarrassment that then turns to physical control. It’s crucial that you don’t do anything to convey to your child that physical forcefulness is the be-all, end-all of conflict resolution.

Self-control is the first step. Parental discipline is one of the most common causes of aggressive behavior. This does not mean that aggressive behavior should be ignored or that discipline shouldn’t be carried out, but execution is key. The most important thing to remember is to not react in anger, embarrassment or any other negative emotion that might flare when a child hits or bites. Controlling the child and restraining them might be needed to avoid injuries, but don’t use it unless absolutely necessary. Use a firm voice to stop the behavior, but don’t yell, shout or act panicked. Once the behavior has stopped, remember that you are the adult. The child, whether obvious or not, is silently looking to you for cues on their behavior. Do a self-check. Are you, the adult, able to calmly and constructively teach the child at this moment? If not, redirect the child to something else and tell them you will be talking to them later. Give yourself the time you need and return as soon as possible. If you are, then take the child aside. It is very, very important not to publicly humiliate the child by disciplining them in front of their peers. All conversation should be done calmly and as privately as possible. The child may also need some time to calm down. Give them what they need. The conversation does no good unless it is calm.

In the private conversation keep these things in mind. They usually work for any scenario:

These actions may not seem like punishment, or they may seem “too soft” for some parents. It is important, however, to consider that traditional punishment accomplishes very little except instilling fear of that punishment into the child. It is far more constructive to build the child up and give them positive options than to try and rule them with fear. (It will also result in a better overall relationship between the child and caregiver.) Proper discipline can work wonders in your child and help them learn that physical violence is never the answer. Header Image by Emran Kassim