Browse
How it works
Get inspired
My KidStart
Join, it's free
Log in
0
Messages
0
Join, it's free
KidStart Magazine>Lifestyle>ReviewsTop Christmas Movies (and Their Best Quotes) 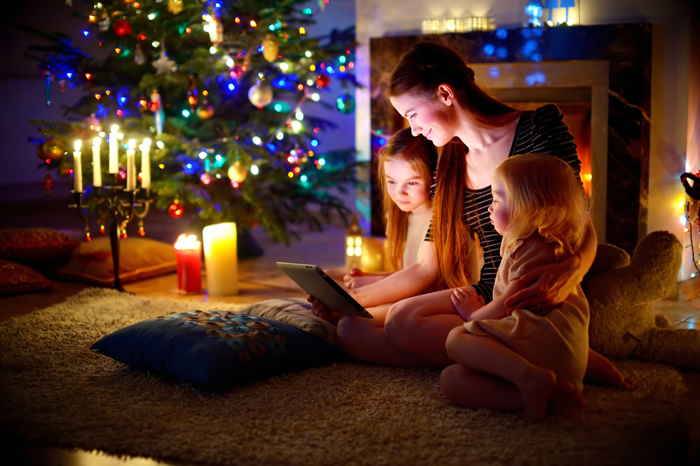 Yay! It’s time to occupy the sofa with intent, a box of chocolates and your little ones. We’ve asked around family and friends for their favourite family Christmas movies and here is what they said. How many have you seen?

Elf – Will Ferrell’s endearing performance as a man brought up by elves is a real family favourite. Lots of heart warming carol singing, love and laughs. Rated PG. Favourite quote:  “The best way to spread Christmas Cheer, is singing loud for all to hear.” It’s A Wonderful Life – Jimmy Stewart stars as suicidal George Bailey. Just at the point where poor old George cannot take anymore, his guardian angel steps in. An absolute classic from 1946. Favourite quote:  “Every time a bell rings, an angel gets his wings.” Home Alone – in the film that made him, Macaulay Culkin  plays Kevin, a young boy accidentally left home alone when his family go on vacation. Kevin finds himself having to fend off a pair of bumbling burglars. Lots of slapstick! Favourite quote: “Bless this highly nutritious microwavable macaroni and cheese dinner and the people who sold it on sale. Amen.” National Lampoons Christmas Vacation – The Griswald family embark on a disastrous Christmas vacation. Starring Chevy Chase, this classic from 1989 is a proper family giggle-fest, perfect for Christmas. favourite quote: “Yeah, it is a bit nipply out. I mean nippy. What am I saying, nipple?” Muppet Christmas Carol – in this muppet  version of Dicken’s A Christmas Carol,  Michael Caine as Ebenezer Scrooge. If you love Henson’s furry puppets, this is a must film that all the family will love. Favourite quote: “There are two things in this life I hate: heights, and jumping from them.” Love Actually – Richard Curtis’ smash romantic comedy follows eight couples in the frantic days leading up to Christmas. Favourite quote: “All I want for Christmas is you.” The Grinch – A live-action version of Dr Suess How The Grinch Stole Christmas stars Jim Carrey as the loveable but grouchy creature as he tries to ruin Christmas for the cheery citizens in Whoville. Our favourite quote: “Maybe Christmas doesn’t come from a store. Maybe Christmas. Perhaps means a little bit more” The Nightmare Before Christmas – This Tim Burton classic follows Jack Skellington, Halloweentown’s Pumpkin King who becomes bored of the same annual routine of scaring people. He stumbles upon Christmastown and decides to bring Christmas back for those to enjoy in Halloweentown. Favourite quote: “Just because I cannot see it, doesn’t mean I can’t believe it.” Jingle All The Way – Arnold Schwarzenegger plays a father vows to get his son a Turbo Man action figure for Christmas, however, every store is sold out of them, and he must travel all over town and compete with everybody else in order to find one. A comedy all the family will enjoy. Favourite quote: “It’s Turbo time!” Miracle on 34th Street – The 4th remake of the original 1947 film starring Richard Attenborough follows a lawyer and a little girl proving that a man claiming to be Santa Claus is the real thing. Favourite quote: “Oh, Christmas isn’t just a day, it’s a frame of mind… and that’s what’s been changing. That’s why I’m glad I’m here, maybe I can do something about it.” Arthur Christmas – What happens if Santa misses a child? You find out in this fun and hilarious film which goes behind the scenes and shows you how Santa manages to deliver presents to millions of children. It’s a modern day classic! Favourite quote: “Okay, lets show them people, Operation Santa Claus is coming to town!”

What are your favourite Christmas movies?