A weekend in Lille 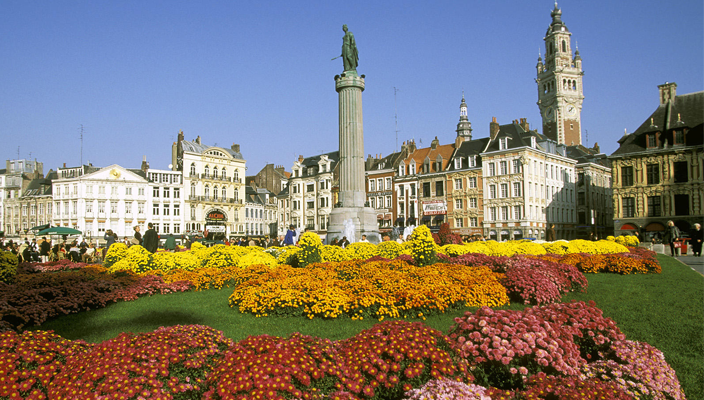 Those who can’t afford a long relaxing holiday, sometimes wave goodbye to the idea thinking that two or three days are not sufficient to recharge the batteries, think again!

When you’re stressed, or just need to take a little break from your routine, the best thing to do is to go away on a nice weekend. To make your life even easier why not take advantage of the Eurostar? You can travel in style and comfort and avoid the hassle of airports with its high-speed rail service and be in the continent in just a couple of hours. Lille may be France’s most underrated major city, that’s why we’ve decided to talk about it and suggest it as your destination where to spend a romantic weekend with your partner and leave your worries back home. Lille was named European Capital of Culture in 2004. A city full of history and charm that has been trying to change its reputation when it comes to being seen as an old city. When you visit Lille for the first time, you’ll be pleasantly surprised by the beauty of the place and the hospitality of its inhabitants. Located in the French Flanders, there are a lot of similarities between Lille and other cities in Belgium and the Netherlands.

Top Things to Do in Lille Palais des Beaus Arts You can’t miss the Fine Arts Museum when you visit Lille. It’s a beautiful building of the Belle Epoque, which Napoleon commissioned at the end of the nineteenth century. For the quality of its exhibits, the museum of Lille is one of the best after the Louvre in Paris. The paintings include works by Donatello, Raphael, Rubens, Van Dyck, Rembrandt, Goya and many others. Musée d’Art Moderne Lille-Métropole The LaM, the Lille Metropolitan Museum of modern art, contemporary art and “art brut”, is the only museum in France and in the north of Europe to present all the main components of 20th and 21st century art. The museum contains an internationally renowned collection of modern art. It has been enriched over the years and now boasts work by such artists as Georges Braque, André Derain, Paul Klee, Henri Laurens, Fernand Léger, Joan Miró, Amadeo Modiglian, Pablo Picasso and Georges Rouault. Wazemmes For an authentic taste of grass-roots Lille, head to the ethnically mixed, family-friendly working-class quarter of Wazemmes. The multi-ethnic Wazemmes area is a place to go bargain hunting in the bazaars and discount shops in the Rue Gambetta district. The Wazemmes Market is situated on the Place de la Nouvelle Aventure, where you’ll find flavours from all over the world at large, every Sunday morning. With food, flowers, fabrics and exotic products, it’s one of the largest markets in France, and perhaps one of the liveliest (up to 50,000 visitors some Sundays). Colourful, with a “Soho” atmosphere, you’ll often hear an accordion being played. On Sunday, a flea market is set up around Saint-Pierre Saint-Paul church.   The Lille City Pass We suggest you get the Lille City Pass. A practical must-have, is the answer to all your visiting needs, whether you’re staying one day or longer. Thanks to this pass, you can make considerable savings in the capital of the Nord-Pas de Calais region. It includes free admission to Lille museums and attractions, free access to Lille public transportation, discounts at shops and restaurants, free entry to attractions in the Nord-Pas de Calais region, a Lille map and information booklet.

Book your Eurostar ticket and accomodation at Thomas Cook and save up to 3.5% back for your kids with KidStart! >