Browse
How it works
Get inspired
My KidStart
Join, it's free
Log in
0
Messages
0
Join, it's free
KidStart Magazine>Family Life>OccasionsWhat Are You Doing For Father’s Day?

What Are You Doing For Father’s Day? 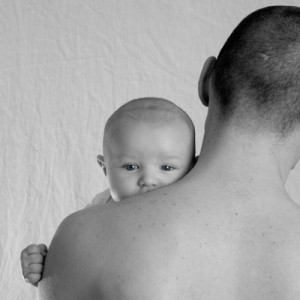 So what have you got planned for Father’s Day? I’ve been asking the mums at school and I’m beginning to feel sorry for a lot of the dads. A few of the mums said, ‘Nothing special’, one or two had forgotten completely and the others seemed to be offering a lie-in as a present. These are the same mums who I know expected a lot from their Mother’s Day, so how come father’s don’t get the same attention paid to them? Perhaps it’s down to the fact that Father’s Day is a newer celebration than Mother’s Day (it originated in 1908 but wasn’t really recognised until the 1970s). Though I suspect it’s because most of the dads don’t even know it’s Father’s Day and so don’t present their partners with list of gifts and instructions for the day (something at least two mums I know did for Mother’s Day). Or could it be that dads aren’t valued as much as mums and so don’t get the same amount of attention lavished on them? Or maybe as mums, we are just better about making a fuss about our day and forcing our partner’s hand? Even the stats seem to back this up with twice as much money being spent on gifts for Mother’s Day as for Father’s Day. Having earlier this week complained about not being able to find my own father and husband a gift, I have finally nailed what to do with the help of my kids who have suggested (1) Breakfast in bed for dad (they have helpfully written a menu that includes their favourites nutella and cupcakes) and a BBQ for both grandad and dad that has lots of their favourite stuff. It works for us but I’m interested in what everyone else is doing so do let me know.
To continue reading this article
Open a KidStart account
Get money back for your children from all your online shopping.
Save with over 2,300 retailers
Invite family to save too - grandparents love to help out!
Register
If you already have an account with KidStart, just log in.